“It would be easier for me to be a patriot instead of the person I am.” 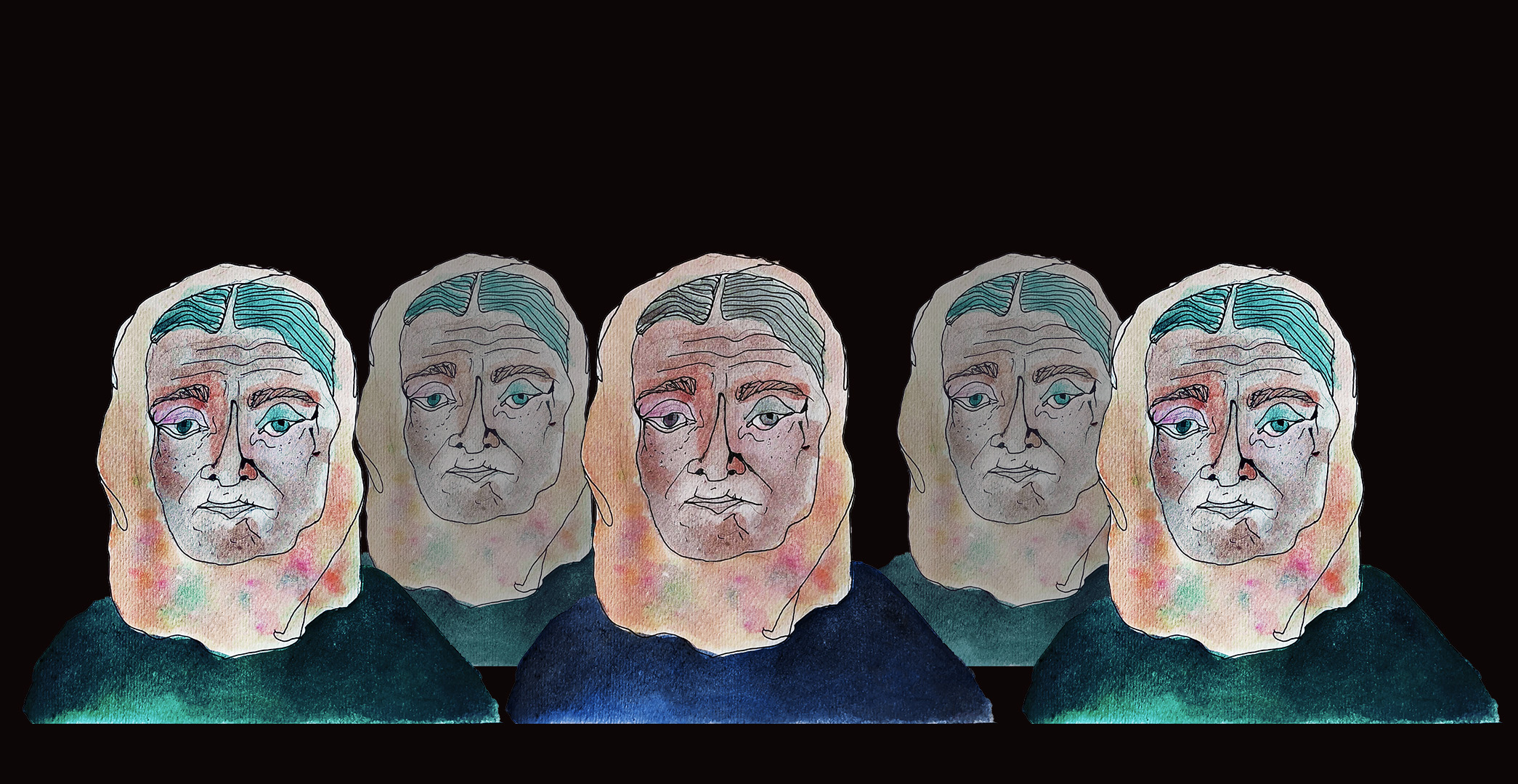 Vera is a political scientist from Russia. In an interview, she shares her concerns, feelings and thoughts regarding the war in Ukraine from a professional as well as a personal point of view.

V: I was born in Russia, in Izhevsk, a small town located in the republic of Udmurtia.  Well, it’s the capital of the republic, and my city is most famous for its enormous factory of Kalashnikovs, AK-47. You know these legendary assault rifles. At the moment I am a bit nervous because if someone decides to destroy the Russian military infrastructure, my town will be on the spot.

I was born and raised in this city. After finishing my master’s in Geopolitics, territory, and security, I continued with a PhD in the field of border violence. For instance, I explored the links between geography and violence across the Spanish border in Melilla. Actually, I worked on the border during the Syrian refugee crisis and explored all the institutional violence.

I:  Given the fact what is going on in Ukraine, how does this affect you on a personal level? How would you describe your relationship with Russia?

V: Well, that’s complicated, because I feel that a lot of people in Russia are very emotional right now. In a situation like this, people do not have the capacity to think critically or rationally.

In terms of my relationship with Russia, I love Russia. This is my country, and I love our nature, our people, and our mentality.  I love my grandparents and their stories, our literature, our music, and our books and the language –  these are truly beautiful. On the other side, the regime is horrible, Putin is horrible and everything that has been going on for the last 20 years is just a pity.

I was reflecting on these past years and thought how could we allow that to happen? It is about the slow violence that occurs. They were taking our freedom from us a teaspoon a day. A post-Soviet mentality is another important thing to consider. Quite a few people experience this crazy cocktail of being very proud of our country and at the same time also very ashamed of it.

When I was younger I was more afraid to speak out than now, mostly because of my family’s reaction. They would tell me: “Why are you acting as the most important one?” After I have lived in several places, I started to think: “Yes, I am important, this is my future.  I should not be ashamed of speaking out.” Still, my grandparents were very judgemental. They tell me: “You should be quiet because those people who are in power are smarter than you and they will know better.”

I thought, well why are you so sure about that? If we all would question things more, we would not be in this shit situation we are in now.

So in short, yes, I have a little bit of a complicated relationship with Russia because I am definitely not proud of this post-Soviet mentality, of these fears we have buried so deeply within many of us. So there are these two sides. I am proud to be Russian as I love our culture, however, on the other hand, I am not proud of what Russia represents politically, you know?

Currently, there are not many people on the streets, because lots of people are scared of losing their jobs, as well as they are afraid of repressions, which could be the aftermath of all these protests.

On the other hand, there is still this slave mentality, that was cultivated in us for years and years. So this is why many people do not recognize it and that is why they get angry. And it is so much easier to say: “No, I think we have always done the right thing. Why should we change things, and not leave them the way they are?”

It is difficult for people to admit that they did not do anything, to admit their silent participation in this disaster. Thinking about it really makes me sad. It would be easier for me to be a patriot instead of the person I am.

Right now, the conflict with Ukraine is so complicated. You know, there are various levels of geopolitics involved. By that, I mean that obviously, the Putin regime is trying to annex the territories. Whatever their goal is, that is proclaimed as de-militarisation or de-nationalization of Ukraine, whatever they call it. However, it is more complex than that. There are also other levels because, inside Ukraine, there are people who are happy about this war, which is an absolute minority of course, but it represents another level of complexity. And I talked to some of my Facebook friends from Ukrain and they are very judgemental towards my anti-war position. Insane, right?  Well, in some parts of Ukraine, the radicals were very more active than in others. Some of the radicals – extremist right-wing groups in Ukraine, –  are very hateful towards Russian-speaking people and I heard a couple of stories about children playing in the park and being violently discriminated against for speaking Russian. Nevertheless, the issue of the radicals was disproportionally exaggerated by the Russian media in order to provide a moral justification for their invasion. I visited Ukraine in 2012 and had no problem whatsoever with expressing myself in Russian.

So when Russians living in Ukraine  say: “Oh thank God, finally the war came, now they will remember about us.” I have heard this expression from a friend based in Donbas. She’s been going through hell since the war started in 2014 there, so she felt it was sort of “fair” for everyone else to suffer now, the way she was suffering. And yeah, there are a lot of attempts from the people I know to justify this war, but none of them is valid for me, because whatever was happening there, still war is not the response. Actually, the war aggravated the situation with the radicals. If there was someone in Ukraine hating Russia, now they hate it even more.

I: It’s really interesting what you said because that explains a little bit the social aspect of it as well, like honestly as you know better than me that when it comes to border populations or mixed populations, it’s always quite tough.

V: Even if the problem with the radicals existed and since the Russian invasion in 2014 got like ten times worse, and it might be a shortcoming of the local government, it doesn’t justify the war. Russian media keeps bringing the “far right-wing drama” to generate more support for their military invasion.

I: That also leads to the next question. What is your opinion also from a professional point of view? Can you predict future consequences, what’s going to happen in the next weeks or months? What could be expected?

V: Things vary from small and unimportant things like, for example, now I can’t use my Russian bank cards or travel outside the country, to bigger threats. I am anxious about nuclear weapons and the possibility of nuclear war. I watched the Russian news yesterday. I just completely freaked out about what I saw on the official channel. Submarines filled with nuclear weapons. The main message was that the weapons could fire any minute if NATO intervenes because they do not want to live in a world in which Russia is on its knees.

I:  You thought you said you studied the Syrian conflict as well, right?

I: The Russian army was involved in that as well?

I: Can you make any comparisons between the tactics that they deployed there and now in Ukraine? Is there any common pattern as anything that is worth talking about there? Just something that I thought about now.

V: Maybe, but when I was interviewing people in Syria it was so complicated as well. Some were very happy to be interviewed by me, because of my nationality, others didn’t want to talk to me, for the same reason. So it depends on the region, depends on the government, and depends on the family. So here it’s very similar in this sense because depending on the region, depending on nationality, depending on the language you speak, the experiences and opinions may vary. So that makes it so much more complicated. But for me, either because of my bias, the Russian Ukrainian conflict is very morally wrong, regardless of strategical and political reasoning. Actually, I am still struggling in leaving my bias aside, it is all too fresh for me to say something clever and conclusive from a comparative perspective.

I: What is your opinion about Russian people who do not support the war, however, suffer from being labelled as war supporters? Can people from other countries help to diminish this in any way?

Yes, some people will remain hateful over the years. But you need to make a choice. There will always be consequences. For me, it is important to demonstrate that this is not our war. The regime kills Russians who go to protest for fair elections, for freedom, for democracy. The same regime kills Ukrainians right now, –   we have the same enemy. A regime that wants to oppress any sort of freedom. I find it very important to emphasize that this regime does not represent me.

The original name of the interviewee was changed to protect anonymity.